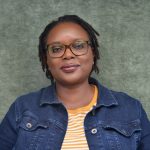 Esther Mwangi’s research has focused on understanding property rights and tenure from different angles and identifying options for securing tenure rights for both policy and practice. Her work begun with establishing drivers of property rights transitions among pastoral communities, identifying internal and external processes underwriting change and determining the distributional outcomes of such transitions. More recently Esther’s research has focused on understanding forest tenure reform implementation, in particular, the factors that hinder or enable reform implementation as well as the impact of reform implementation on the tenure security of local communities. Integrating gender has been a critical component of Esther’s recent work. Moving beyond diagnostics to actual work with men and women and other actors to identify opportunities and implement actions for resolving self-identified problems is also a signature of Esther’s recent work. Thus, over time, Esther’s interest has expanded to also focus on the interface of knowledge and action and in particular to experiment with approaches that foster this integration at different levels of governance.