Moderated by Urs Wiesmann, professor emeritus of the Institute of Geography of the University of Bern, the fourth day of ICRD 2017 began with two stimulating keynote speeches, one on global health, and the other on movement of human populations.

Speaking first was David E. Chiriboga, MD/MPH, Department of Medicine, University of Massachusetts Medical School, who offered a provocative international perspective on human well-being, its links to wealth and poverty, and the ambitious target of worldwide sustainable equity in human health. Originally from Ecuador, where he eventually became Minister of Public Health, Mr. Chiriboga described how his civil service as a young man in an impoverished mountain community taught him empathy, informing his later medical work and research. He suggested that pursuit of the sustainable development goals (SDGs) is itself ideally motivated by our collective capacity to empathize with vulnerable people and a corresponding desire to take action to help them. In a series of slides on country-level wealth and health indicators, he made the case that rich countries in the global North are actually poor models for “sustainable” and “replicable” healthy societies, due to their excessive resource use (e.g. fossil fuels) and high costs. Instead, he pointed to an unexpected group of 14 countries that have achieved similarly high average life expectancy (75+ years) with comparatively modest means – as in the case of Costa Rica, for example. Mr. Chiriboga concluded by theorizing a model “equity zone” that might finally enable health for all, based on fairer distribution of global wealth and respect for planetary boundaries. 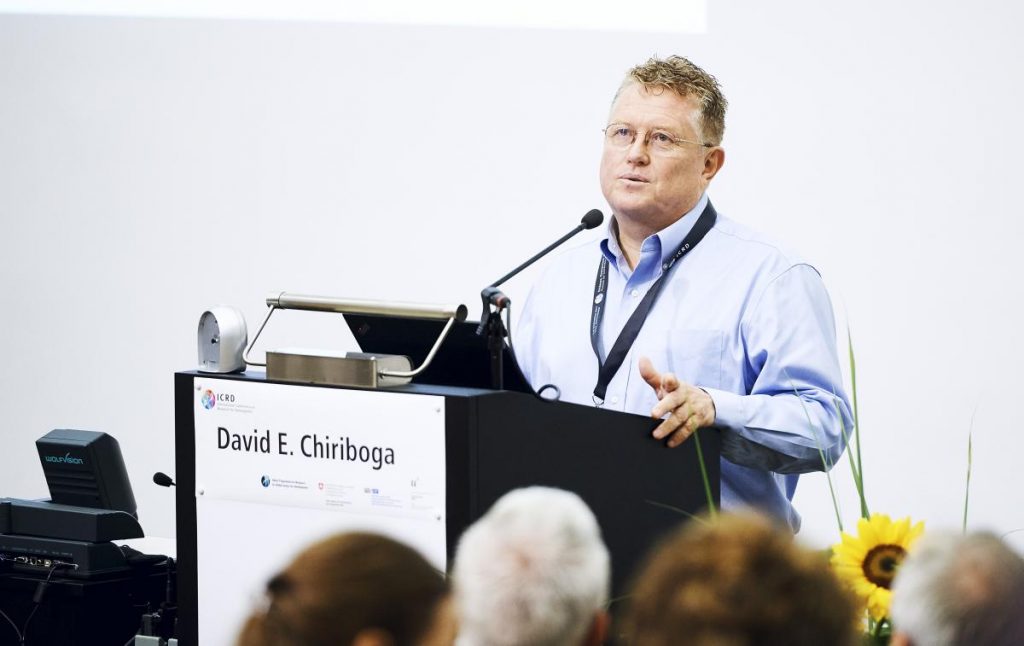 In the morning’s second keynote address, Koko Warner of the UN Climate Secretariat focused on how to meet the needs of “people on the move” in an uncertain future shaped by a changing climate. Ms. Warner pointed out that by 2030 as much as 70% of the world’s population could live in urban areas, many close to water bodies that carry risks, for example of flooding, in a destabilized climate. These and other climate threats, such as persistent droughts in certain regions, make it necessary to develop new migration policies capable of enabling secure, documented, humane movements of large population groups in response. Ms. Warner outlined four main mobility patterns captured by current research: people seeking immediate safety from natural hazards; people seeking stable long-term livelihoods; people seeking short- or long-term protection from conflicts; and people seeking new homes in areas projected to remain habitable in the foreseeable future. She rounded out her presentation with a call to move from a crisis-response mode of migration management to one emphasizing “resilience to a variety of stressors”– including comprehensive strategies that encompass planning, preparation, pre-emption, and contingency solutions.

Following their speeches, Ms. Warner and Mr. Chiriboga sat down for a short but wide-ranging panel discussion with Antonio Hautle of the UN Global Compact Network Switzerland and Martin Leschhorn Strebel of the Network Medicus Mundi Switzerland.

Contributing first to the discussion, Mr. Hautle drew attention to the crucial role of economic forces and the private sector in attempts to make migration and health systems more sustainable. He spoke of how the business world previously stressed creation of “shareholder value”, but today increasingly sought to create “shared value” by placing more emphasis on wider societal benefits. The network he leads is the main vehicle through which Swiss companies may link up with the SDGs and commit to upholding various UN principles in their business practices.

Mr. Leschhorn Strebel used his initial debate comments to remind the audience that Switzerland, too, has its own historical strands of locally felt deprivation, health inequity, and poverty-related movement. He summarized the story of “The Black Brothers” by Lisa Tetzner, which chronicles the fate of Swiss boys from Ticino, whose poor farming families sold them to work as chimney sweeps in Milan, Italy, in the mid-19th century.

Prompted by audience questions and moderator Mr. Wiesmann, the ensuing discussion bounced from topics such as universal basic income and managing migration more flexibly to macroeconomics and “brain drain” of African health personnel. 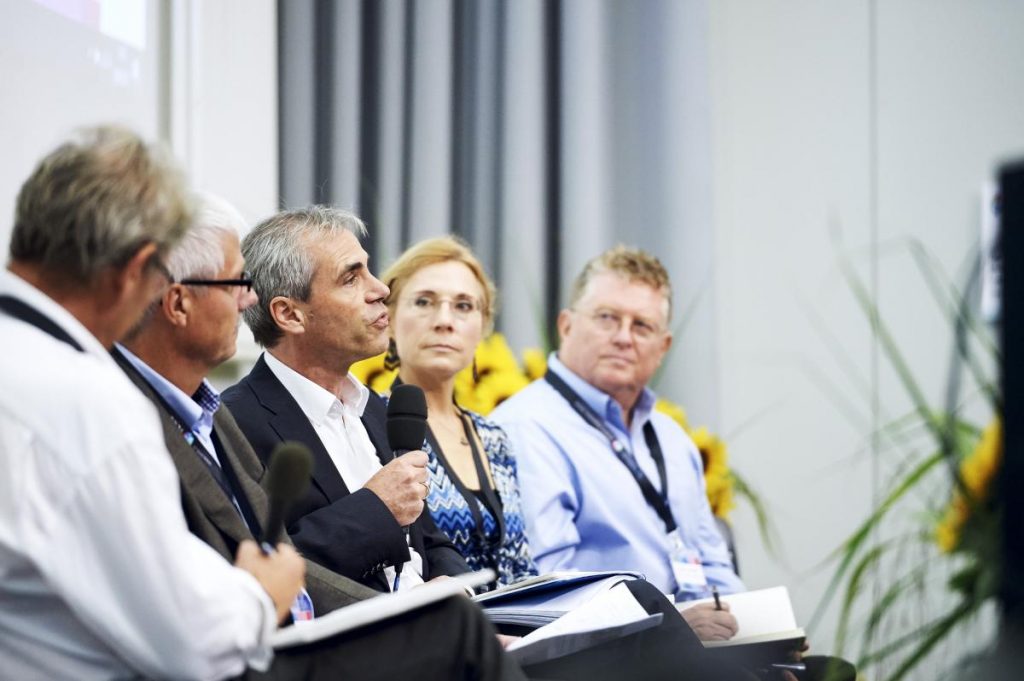 Main messages to come out of the presentations and talks include the following (in no particular order): First, that achieving the best feasible and sustainable health for all may depend on distributing global wealth and resources more fairly as well as adopting less costly, resource-intensive benchmarks than those currently represented by rich countries of the global North. Second, climate change impacts will force more people to move, and we must develop holistic strategies that anticipate their needs and enhance their resilience. Third, managing dynamic (e.g. climate-induced) migration flows in the future is going to require innovative new policies, such as multi-country agreements on shared citizenship, portability of social security benefits, and optimizing use of remittances. Fourth, upholding their citizens’ “right to move” has been an important ingredient of European countries’ success, and ways must be found to uphold this right globally. Fifth, part of the solution to outmigration from poor countries – including of health experts – is the creation of functioning local economies and markets in those same countries; however, the economic head start of the global North means that it can and should do more to enable poor countries to build stronger, more diversified local economies. This could enable them, in turn, to build stronger local health systems.