Moderated by Dr. Carin Smaller of the International Institute for Sustainable Development in Geneva, the third day of ICRD 2017 began with two keynote speeches by Erle Ellis and Jun Borras. Ms. Smaller asked our speakers: “How we can bridge the gap between the reality we are currently in and the vision of Agenda 2030?” 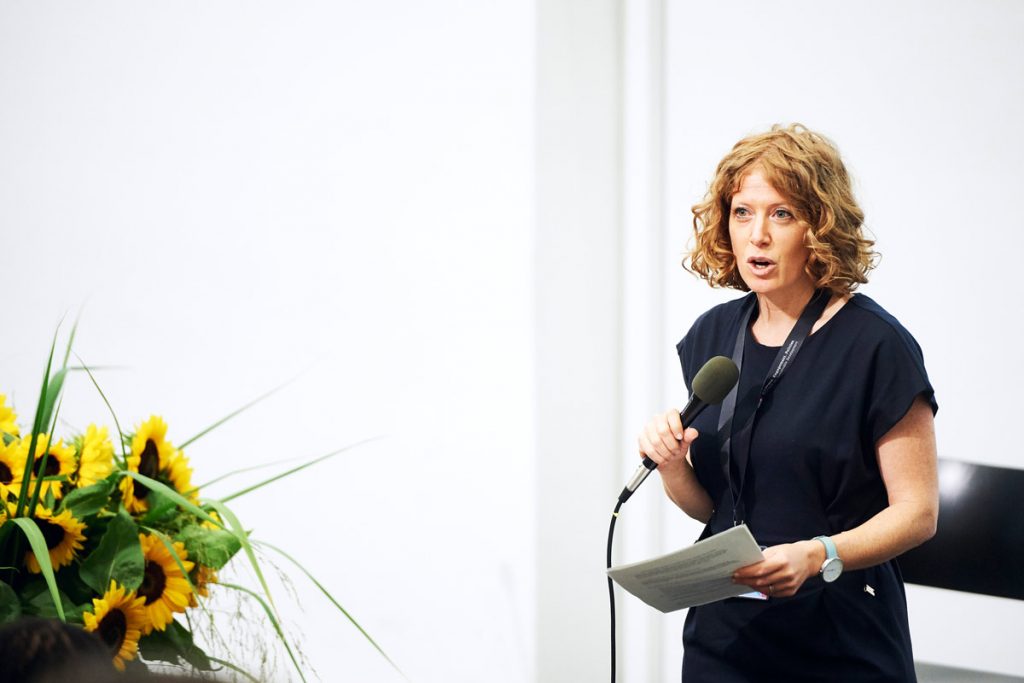 Erle Ellis, Professor of Geography and Environmental Systems at the University of Maryland, Baltimore County, USA, researches the ecology of human landscapes globally and locally as well as sustainable stewardship of the biosphere. His talk, “Developing Conservation from the Bottom Up”, set out to describe how a radical increase in the scale and effectiveness of conservation can help to save our planet. He began with the concept of the “Anthropocene” – the idea that we live in a time in which everything on Earth is affected by human actions, and there are no “untouched” places left. Using the example of Earth glowing from space – without a single switch we can throw to turn off the radiating light of human development – Mr. Ellis described how humans unintentionally create emergent social and physical phenomena. Relating this to the challenge of biodiversity conservation, Mr. Ellis noted that while we have never intended to wipe out life on Earth, the possibility of a sixth mass extinction is very real. Though humans have been changing the planet for millennia, the current transformation of Earth’s surface by humankind makes us a “force of nature”. Mr. Ellis asserted our planet would have a better future if we become more effective at moderating such emergent phenomena. He then took the audience on a whirlwind tour of Earth’s anthropogenic biomes, showing that most of the natural world is now embedded in human-formed anthropogenic landscapes. He emphasized the critical importance of mixed-use, multifunctional landscapes to conserving nature. He noted that we must go beyond the classic narrative of “nature disturbed by humanity” and instead embrace a “cultures of nature” vision – a perspective recognizing that humans have been transforming ecologies for thousands of years, and that nature is now embedded within our societies. 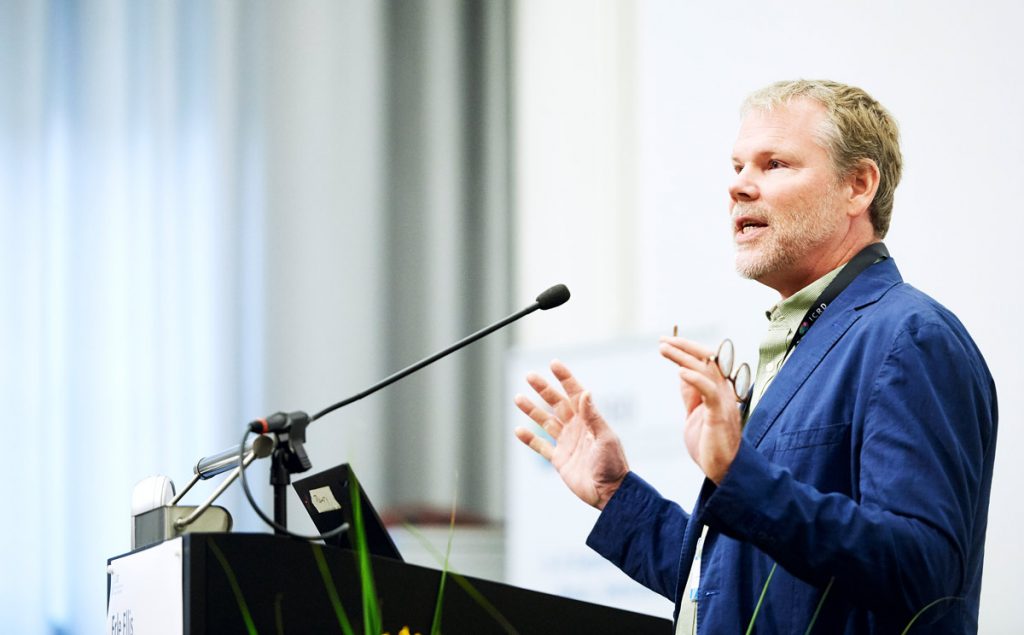 In wrapping up, Mr. Ellis challenged the audience by posing the question: “What will we do better?” He noted that the planet we have created is now mobile, highly urbanized, and reliant on industrialized agriculture. He argued that the frequently asked question “Can we feed everyone?” should be reformulated as “What kind of biosphere do we want?” But answering this question forces us to ponder another challenge: Is there any “we”? Any collective vision of what the biosphere should look like? At the same time, we must recognize that our options are not limitless – our planet’s climate is changing and its surface is dissected by infrastructure. It is within such constraints that we must realize bottom-up ways of managing our “anthro-mosaics”, pursuing strategies that enable the rest of life on Earth to survive and thrive. As examples of such strategies, Mr. Ellis pointed to the Yellowstone to Yukon Conservation Initiative in the US and the Natura 2000 network of protected areas in Europe. He also noted promising developments like the return of the wolf in Europe, the rise of aspirational nature conservation, and new modes of corporate accountability. 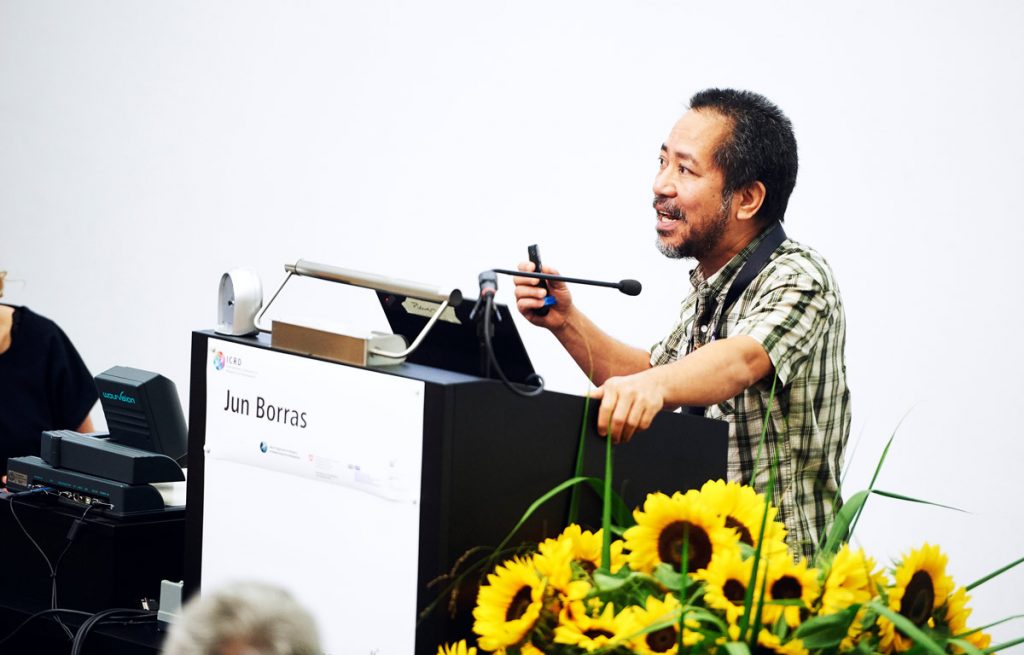 Jun Borras, Professor of Agrarian Studies at the International Institute of Social Studies (ISS) in The Hague. Photo: Manu Friederich

In the day’s second keynote address, Jun Borras of the Institute for Social Studies in The Hague raised the following central question: “Is progress being made towards more democratic land governance?” Mr. Borras outlined the events surrounding the recent global “land rush”, describing it as the culmination of multi-sectoral commodity booms and a scramble for control of land to meet many demands – for food, feed, fuel, etc. He explained how the rush had brought together a cast of characters encompassing state and corporate actors as well as “bewildering layers of individual opportunists including land and labour brokers, land entrepreneurs, scammers, swindlers, and thieves”. He added that in some places paramilitary and militia members operate below the radar of formal institutional monitors, posing even greater challenges to democratic governance.

Mr. Borras illustrated some of the immediate outcomes of the global land rush, such as exclusion of certain land users, threat of expulsion, land re-concentration, and adverse incorporation of smallholders into new large farms as labourers. He noted that there are clear big-picture political impacts and governance implications of these events that have captured many researchers’ attention. But he emphasized the importance of smaller, complementary studies of specific land, labour, and livelihood impacts of land deals. Such impacts include the growing power of landed elites and state–corporate alliances as well as the strengthening of pro-corporate, capital-accumulation currents within national governments. At the same time, state actors who support social justice-oriented reforms have been weakened, and processes of agro-extractivism have made deepening inroads into rural areas. Mr. Borras described these processes as further maligning, marginalizing, and “invisiblizing” smallholder agriculture and other production systems in the countryside (e.g. pastoralism and artisanal fishing). With states and corporations widely portrayed as the main investors in agriculture, the substantial investments made by rural villagers (peasants, pastoralists, fishers, etc.) in their own livelihoods are rendered virtually invisible. According to Mr. Borras, large-scale land deals in rural areas have also reignited inter-ethnic tensions in some areas and sparked new tensions elsewhere. Meanwhile, deep social reforms (e.g. land reforms, land restitution) are increasingly portrayed as “old fashioned” and not feasible. Instead, development aid actors, academic researchers, NGOs, and CSOs growingly cite the need to focus more on what is “doable” within a given system, political order, or balance of forces. 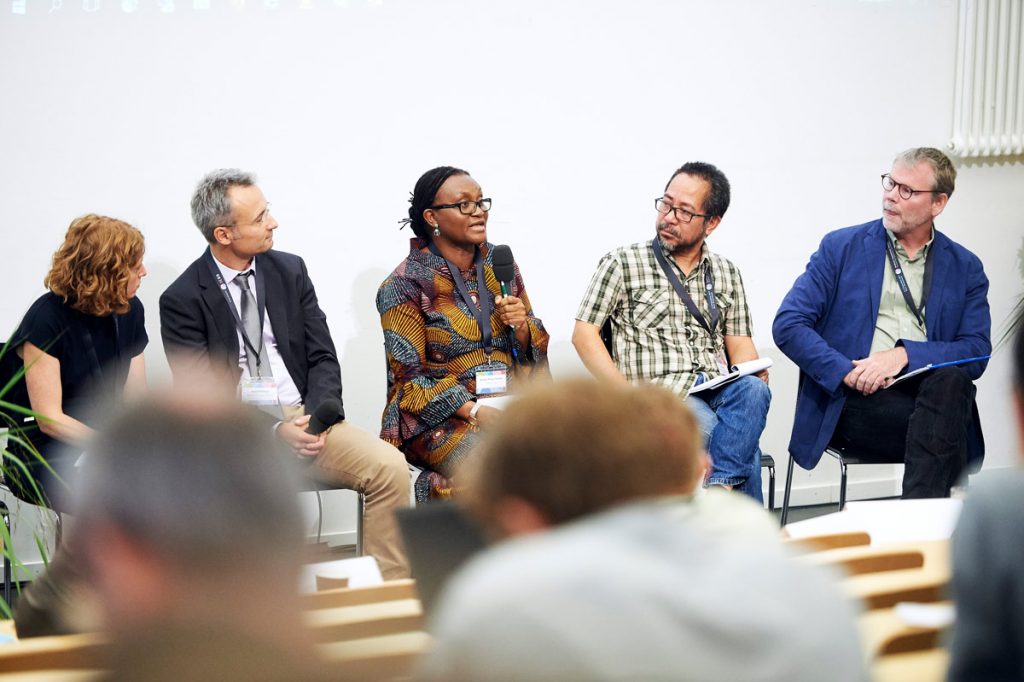 In concluding his diagnosis, Mr. Borras described this altered balance of social forces and political opportunity structure as serving to marginalize social justice-oriented land polices of redistribution, recognition, and restitution – or “RRR” – while dividing and weakening the rural working poor and their movements. But given these realities, he asked, “What is it to be done?” Mr. Borras recommended the following action steps: First, a system-wide rural principle of “land size ceiling” and “minimum farmland/home-lot access” should be introduced, otherwise those with the wealth and power to accumulate land face no constraints, and there is no limit to the number of people potentially rendered landless and destitute. Indeed, without such protections, he argued, all other good “land governance” procedures – e.g. transparent cadastral records, consultative processes, multi-stakeholderships, formal private property rights – are undermined and may even work against the poor. Second, argued Mr. Borras, RRR social policies should form the bedrock of action, including measures of recognition and protection to secure vulnerable people’s land access such as territorial rights, and ethnic-/gender-/generation-sensitive policies. Further, redistribution measures can give populations of landless a chance to obtain and work their own plot of land – through land reform, forest land reallocation, tenancy reform, etc. Finally, restitution measures can serve to restore the rights of those expelled from land. This overall strategy, explained Mr. Borras, would recast the terms of peasants’ relationship to markets. Further, he stated, RRR will never be realized through state¬–corporate partnerships, “win–win” formulas, or market-based voluntary mechanisms. This is because it is organically linked to class antagonisms in society. In closing, Mr. Borras challenged the audience to stop engaging in a “CSI”-style forensic exercise of studying “How the body dies”. Instead, he recommended they seek to change the course of history, ask big questions, and act “insurgent”. Anything short of this, he said, will only result in more of the same – and poor people are growing tired of the cycle of broken promises.